I am 31 weeks pregnant this week thanks to IVF.

The process for me to get pregnant didn’t seem as long as I thought.  The information I either read or heard led me to believe the process was going to be a long one.  But, when I look at a calendar I realize it was a long process.  2 years to be exact.

One flew over the…

After being treated by a physician for 20 years, I decided it was time to see a new doctor.  I wanted to make sure my body was ready to be pregnant.  After one and a half hours, my new doctor told me I had been misdiagnosed and the medicines I had been taking were basically ‘poisoning’ my body.  Awesome.  I had been thinking I was cuckoo for 20 years. Lesson learned:  get a second and third opinion.  But hey, I was 20 years old and trusted anyone in a white coat.  My new diagnosis?  PMDD (Premenstrual Dysphoric Disorder). Translation: PMS x a billion plus a whole lot of anxiety and irritability.  I was  prescribed a natural medication with Maca Root and almost immediately, I felt like a new person.

By August of 2017, I had a clean body and a clear head. We were 4 months newly wed and ready to start our next chapter. I was referred to Dr. Behera at Bloom Reproductive by my OBGYN.  I loved Dr. Behera the second I met her.  She was kind, honest and didn’t sugar coat.  The plan:  try natural conception for 3 months. If that didn’t work, we would do IUI (Intrauterine insemination) one round.  What I loved and respected most about Dr. Behera was her honesty.  She let us know at that very first appointment that IUI was a shot in the dark (pun intended) and probably wouldn’t work.  She was right.  After 3 months of “trying” to get pregnant and one try with IUI, we landed in January, 2018 and then began our IVF journey. Next stop: egg retrieval.

I’ve got the fever.

What happened in the next few months is pretty blurry. I know we prepared my body for egg retrieval. I know I took meds, gave myself shots in the stomach, made frequent visits to the doctor’s office for bloodwork, had my husband’s semen analyzed to see if his swimmers were swimming, got tested for STD’s and genetic disorders.  What kind of genetic disorders?  The usual ones that could cause defect(s) in a baby if both partners are carriers: Down Syndrome, Fragile X Syndrome and a long list of others.  So here is our first delay.  Who knew Mediterranean Fever was a thing?  Well, this Arizona girl didn’t.  The only thing Mediterranean about me is that I like a good Greek salad and Greece is one of my favorite places to visit.  Turns out, I am a carrier.  There are no symptoms for carriers, but if both partners test positive,  a baby would not survive.  My husband was told to immediately get tested to see if,  he too, was a carrier. We waited 6 weeks to get the good news all was good.

April 25th was scheduled for the egg retrieval.  Meds. Shots. Bruising.  Timeline to follow.  Exactly 36 hours before my appointment, I gave myself a ‘trigger shot. Go time.

On April 25th, we checked in to the doctor’s office, got some fabulous feel good medicine through IV and the good news that 9 eggs were retrieved.  Nine eggs may not seem like a lot, especially to you 20 and 30 year olds.  The girl next to me in recovery had 23 eggs retrieved!  But Dr. Behera said 9 eggs for my age (41) was amazing.  Immediately after my 9 eggs were retrieved, they were put into a petri dish for a dance party with my husband’s semen.  The next day we were told that 8 of the 9 eggs fertilized.  By day 5, 3 of the 8 fertilized eggs had survived and were sent off for (PGS) Preimplantation Genetic Diagnosis.  We decided to do PGS testing for a few reasons.  One, Dr. Behera suggested we do it because of my age.  Two, I didn’t want to go this far and risk putting in an embryo that would not stick because chromosomes were off, and lastly, I wanted to know we did EVERYTHING possible to make the pregnancy work.

On May 8th, we met with Dr. Behera to get the results of our genetically tested embryos.  Three embryos tested: One..no good.  One…mosaic which means the embryo contained both normal and abnormal cells but in our case, the abnormal cells outweighed the normal cells which could or could not mean the baby would have birth defects. The third embryo…PERFECT. Had I had two perfect embryos, we would have considered implanting both to increase the chances of pregnancy.  But because the second embryo was mosaic, our decision was made easily.  We had one embryo.  One chance.  But one is all you need.

Again, we were willing to do anything and everything possible to make this one chance work.  So before we did the implantation of the embryo, we did a selective procedure called a hysteroscopy.  This procedure allowed Dr. Behera to see inside of my uterine cavity and find the best place to implant the embryo.  2 days later, the nurse called.  I knew right away something was wrong.  Delay.  This time, a fibroid was in the way of us moving forward.  One week later I was back in the office to remove the fibroid.  When I woke up, Dr. Behera told me she wasn’t able to remove the entire fibroid, and I would have to have a follow-up surgery at the hospital the following week under full anesthesia. Seven days later, the rest of the fibroid was removed. Delay: 6 weeks to heal. Bonus: vacation in Hawaii to get some much needed mind + body relaxation.

38 days to prepare my body… 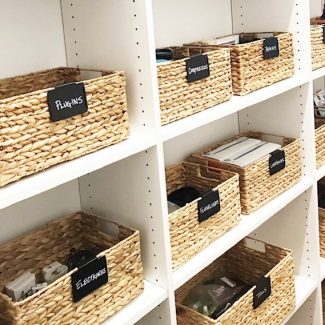 FAVORITE ORGANIZATION PRODUCTS FOR THE PANTRY 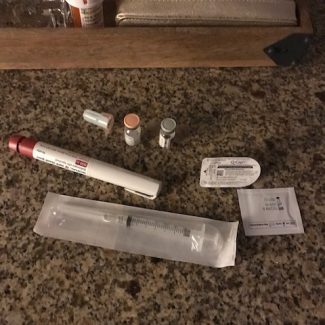 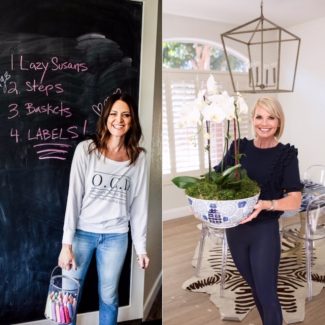 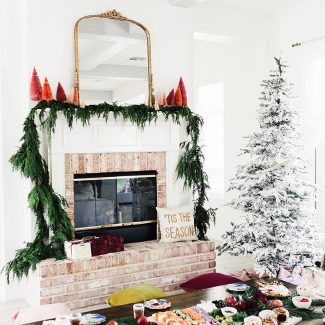 A Friendsgiving in December. 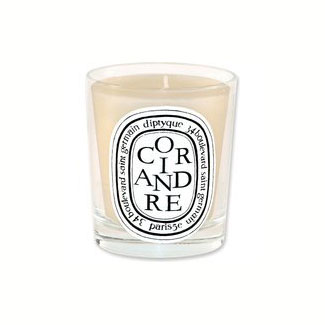